What motivated you to study this particular research topic?

Like many research projects, Summoned started by chance. I didn’t come to UCLA to study Orthodox Jews. I vaguely thought that given that I spoke Spanish passably well and used to work in construction in Israel for a while, I might study Latino construction workers. Growing up in Jerusalem for part of my childhood, I lived across the street from an Orthodox center, and never felt overly curious about their lives. Israel, at least at the time, had a sharp distinction between secular and “ultra“ Orthodoxy.

What I did know, however, was that I was an ethnographer, and an interactionist interested in the structure of the fleeting. And, when I arrived to UCLA, Jack Katz offered me a job as a research assistant. He was—and still is— conducting a grand project on the Hollywood area, and needed someone to interview people in the Orthodox population. As a Jewish Hebrew speaker, I fit the bill. I accepted mostly because I wanted to work with Jack. But once I went to the neighborhood for services, I was hooked. In many ways, it was a replay of the experience of many secular Israelis in the United States, where the barriers between ultra-Orthodox and secular dramatically fade. Hasidic people opened up to me in a way I didn’t expect, seemingly content in the heart of a secular world, where I didn’t expect them. After a few weeks I came back to Katz and told him that I wanted this to be my dissertation field. I wasn’t sure what my question was yet, but something that I would later term the “density of summoning” of communal life was personally and intellectually irresistible. Katz urged me to think on it a bit more, but I stuck to it, and moved into a backhouse in the neighborhood the next year.

What theoretical debates interest you the most, and how do you see your research contributing to them?

At the time, I must admit, I was not overly interested in urban sociology. In a sense, I’m still not. What I am obsessive about are the patterns of social life— the ways in which interactions, social worlds and people’s deepest identifications are mutually co-constitutive. This remains what I am most excited about, and where I see my theoretical contribution. It is the way that interaction and experience are interwoven into patterns, how institutions sustain (and are also constructed from) these patterns, and how people’s anticipations of these patterns shape them. The specifically urban setting was secondary.

The book, then, ended up being an urban ethnography almost by accident. At its heart, the book is a theoretical tract that ties interactionist sociology with questions that are usually located in the sociology of culture—about how people make meaning, and how this meaning is patterned. The notion of Summoning, which the book develops, tries to provide a new way of conceptualizing this co-constitution; one that still marks interaction as a crucial locus for the construction of the social, while taking into account the patterned ways in which people both anticipate and “bump into” their social world.

And yet, the urban kept coming up. It did so in two ways. First, sociological ethnography used to be, first and foremost, urban ethnography—the history of the Chicago school is largely the history of study of urban space and its denizens. At least for Robert Park and his students, the foundational challenge and opportunity of modernization is that of the urban landscape. I thus found myself reading and re-reading Elliott Liebow, Bill Kornblum, Elijah Anderson, and others. Some of my sources of inspiration were intimately urban. And then, empirically, the city kept cropping up. It came up in the way Orthodox people walked through the streets, in the history of Jewish Los Angeles, in the way institutions were constructed and sustained. As an ethnographer, I became engaged in the minutiae of my interlocutors’ experience, and their experience—while obviously religious—was also deeply urban.

What surprises did you find as you conducted your fieldwork/study?

As a qualitative methodologist, I have come to think that original theorization emerges from empirical surprises, something that Stefan Timmermans and myself continue to develop in a long series of writings. And, once again, many of my surprises were “urban surprises.” I was surprised by the kind of moral obstacle course the city seemed to afford its Orthodox residents; I was surprised by the density of organizations; I was surprised by how overlapping networks operated, and how people managed to interactionally nip the non-Jewish secular networks of work so they didn’t pollute the religious. And while not all surprises were urban surprises, many were. And so, the book ended up being, at least in part, an urban ethnography.

Where do you see your work going in the future?

As I write this, I am quite far from urban sociology. I am in the midst of work on a series of two books on the advertising industry in New York—work that will occupy me (I hope) for years to come. I have thus moved to look at the nexus of culture and interaction in a new site, where I find myself inundated by questions of knowledge, of commercialization, of morality and of the digital world. Still, urban sociology has become part of my sociological self. A bit like the Orthodox community, I expect it to continue summoning me for years to come. 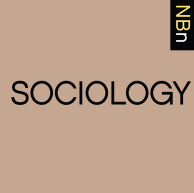